In the previous three articles, we have reviewed the components of DCC. This article will focus on configuring the system to run trains. In this article, I will use the Digitrax DCS100 command station as the example; however, the lessons of this article apply to most command systems.

This article and the others on this site provide basic information to educate DCC consumers. DCC by Design offers the service of designing a DCC system for you. As part of our Design Services we will work with you to examine your needs, address the issues below and many, many more. Then we convert your preferences, layout design, and budget into a complete DCC system.

We offer this free information as a small sample of how we can help you with our Design Services. Drop us note so we can discuss with you improvements for your current or design for your next layout.

Most Model railroaders start with an MRC power pack or the power pack that comes with their first train set. As one learns how the power pack works and how to connect it to track, one begins to learn about Direct Current (DC) and how to power the layout using it. Thankfully, most of those lessons also apply to Digital Command & Control (DCC).  The reason the lessons are transferable is because the problems are transferable. Many of the same problems with DC (reversing loops, turnout frogs, etc) still apply for DCC. Still there are differences. This article will cover practical differences, not the electrical engineering.

The DCS100 and most other command stations have at least four inputs for wires, two for power inputs and two for track power.  On the DCS100, track power is labeled Rail A & Rail B. These two connections provide power to the layout.

In the past, some articles said that DCC could power a layout using just two wires. While theoretically correct, such concepts are not good real world advice. Using DC, one could not power a large loop with just two wires because of voltage drop, loose rail jointers, etc. The same still applies with DCC.

In fact, the best advice is this. If the item didn’t work well as DC, then it won’t work with DCC. This applies to locomotives, track, wire connections, and most anything else related to powering the layout.

Figure 2 shows a typical way of wiring sections for DC blocks using Atlas Selector. Two Cabs are provided. Cab A is shown controlling the mainline and Cab B controls the siding. Note the presence of an insulator to separate the blocks. The positive wires (shown in blue) run from the selector to the block of track which they control. The negative wire (shown in pink) runs from both cabs to a shared bus wire. Feeder wires are run from the bus wire to the track every so many feet. 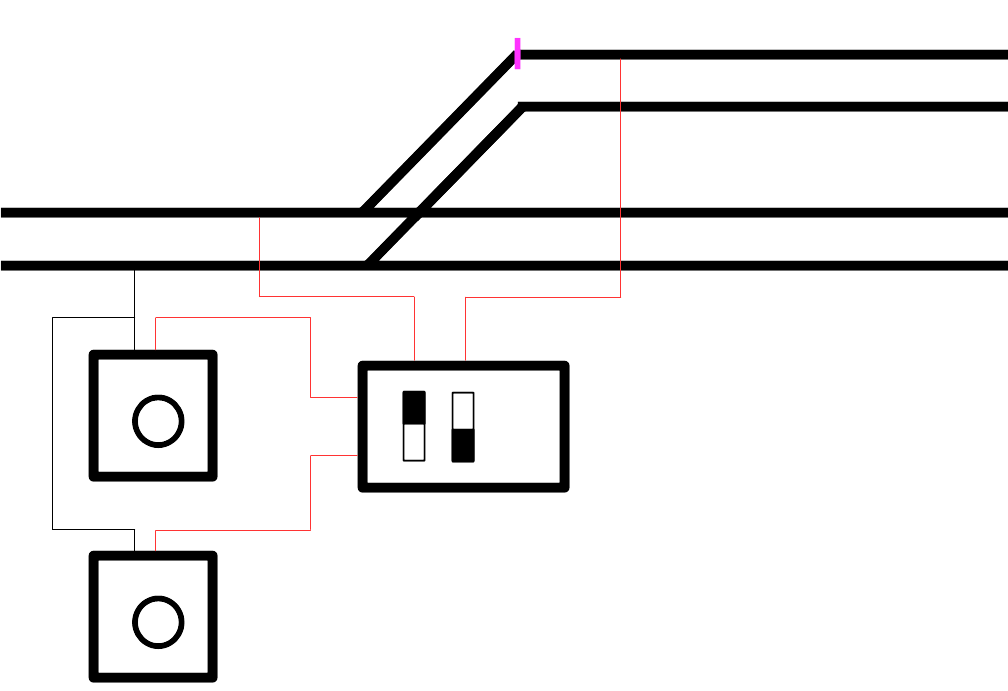 Figure 3 shows the system from Figure 2 converted to use DCC. Note that the Atlas selector and wiring to the track remains the same. Also note that the two cabs were replaced with a single DCC system, now the locomotive decoder controls the speed, not the blocks. 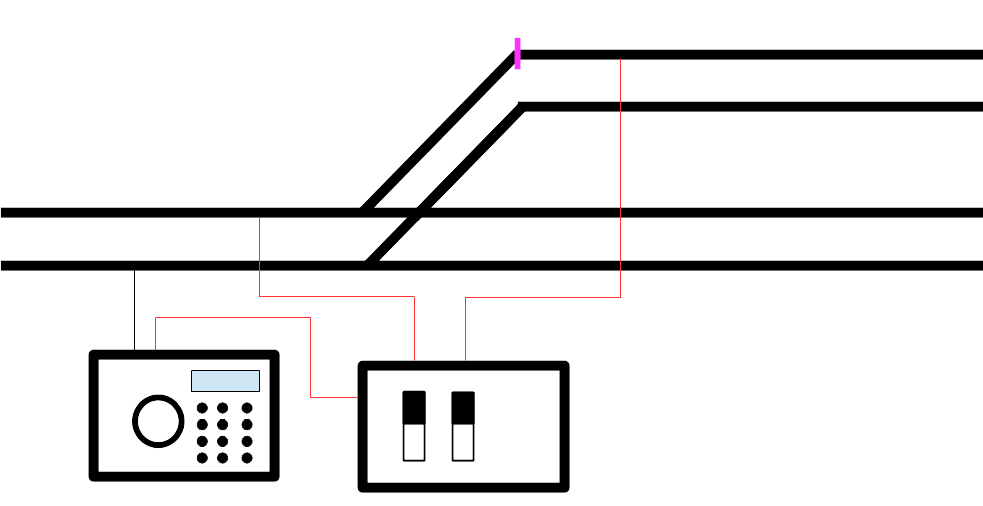 Figure 4 shows the system from Figure 3 upgraded for block detection. The block detection unit has replaced the Atlas Selector. Also, a second insulator has been added, creating a third block. This way the block detection system can distinguish when a train occupies the single main line (and cannot be passed) versus occupying the double track main (and can be passed on the siding).

Below is a table of the four possibilities and the applicable figures.

Figure #6 shows a single booster system without block detection. The layout is wired with a bus wire for Rail A and a separate bus for Rail B. Feeder wires are provide at a frequent intervals (ideally at every piece of flex track) from the bus wires to their respective rails.

Figure #7 shows a multiple booster system without block detection. The layout is wired with a bus wire for Rail A and a separate bus for Rail B for each of the boosters. Feeder wires are provide at a frequent intervals (ideally at every piece of flex track) from the bus wires to their respective rails.